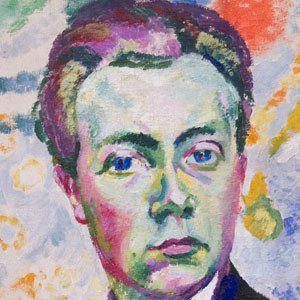 He first displayed his art at the Salon des Independants in 1904. His travels through Brittany acquainted him with the group of Pont-Aven.

His 1912 work, "Simultaneous Windows on the City," exemplified his use of bold colors and geometric shapes.

He was born to George Delaunay and countess Berthe Félicie de Rose, although he was raised by his mother's sister, Marie, and her husband, Charles Damour, after his parents divorced. He married fellow artist Sonia Terk who was also influential in the Orphism movement.

His work was favorably compared to that of Paul Klee.

Robert Delaunay Is A Member Of