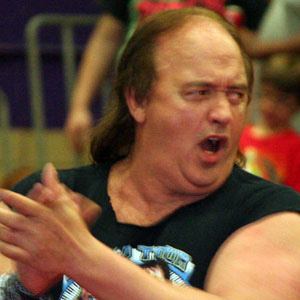 Professional wrestler who was part of The Rock 'n' Roll Express with Ricky Morton. He debuted professionally in 1977.

He was able to communicate in sign language because both of his parents were deaf.

His team feuded with The Midnight Express team.

His brother passed away in 2006, making him the last member of his immediate family.

He participated in the WWF competition, of which Jesse Ventura was a Hall of Fame member.

Robert Gibson Is A Member Of