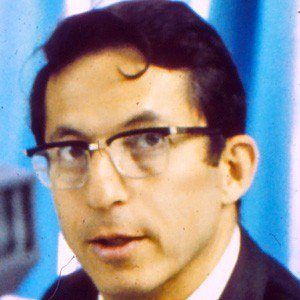 Professor of Physiology who emphasized the use of digital computers in biology and medicine by establishing the National Biomedical Research Foundation in 1960. He was inducted into the National Inventors Hall of Fame in 1990.

In 1960 he established the National Biomedical Research Foundation (NBRF), a non-profit research organization which advocated computers and electronic equipment in biomedical research.

He had two sons with Terry Wachtell whom he married in 1949.

He was a member of the RNA Tie club along with Edward Teller.

Robert Ledley Is A Member Of