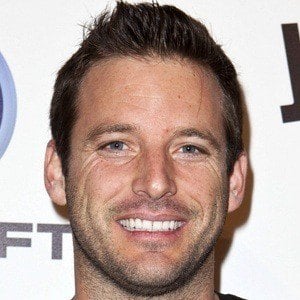 Film and soap star most well known for portraying Dan Hall in Days of Our Lives and Plum in The Young and the Restless.

He made his screen debut in 2005 in the short film He Set the Trend. He followed the next year by appearing in episodes of CSI: NY and Ugly Betty.

In 2015, he produced and starred in the crime thriller Dutch Hollow.

His sister, Amber Valletta, is an actress best known for her role as Allegra Cole in Hitch.

Robert Parks-Valletta Is A Member Of