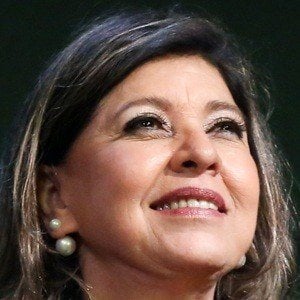 She began her singing at the age of 16.

In 2010 she performed "Forrepeando" on the television show Destiny River.

She has sold over 15 million albums, one of the only Brazilian female singers to do so, alongside Rita Lee, Xuxa and Maria Bethania.

Roberta Miranda Is A Member Of