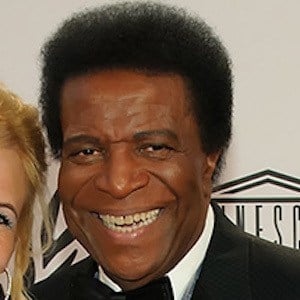 Singer who is widely considered a legend in the German-speaking world, having scored major hits like "Heute So, Morgen So" and "Ein Bisschen Spass Muss Sein" over the course of his long career. He became popular in the acting world with roles in films like Three Men in the Snow (1974).

He was raised in Beirut, Lebanon and Madrid, Spain.

He has been a frequent performer on the popular German music television show Hitparade.

He is the son of famous Cuban artist Alfonso Zerquera. He has daughter named Mercedes and Patricia. He married Luzandra Strassburg in 2013 and was previously married to Mireille Blanco.

He has performed on the television show of Stefan Raab.

Roberto Blanco Is A Member Of