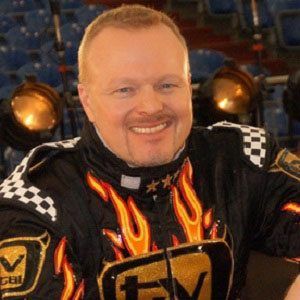 Famous for hosting the German television programs Vivasion and TV Total, he is also notable for creating a quiz show called Schlag den Raab. Also a songwriter, he wrote several numbers that were featured at the Eurovision Song Contest.

In the early 1990s, he started writing television and radio jingles.

He taught himself to play the ukulele, piano, guitar, and a number of other musical instruments.

He was born and raised in Cologne, Germany. He married his longtime partner Nike Raab in 2008; they became parents to two daughters.

Stefan Raab Is A Member Of