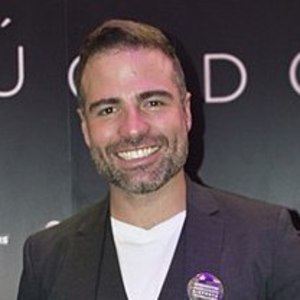 Soap opera actor who is predominantly recognized for his performance as Santiago Sanín on the 2017 series Sin Senos Sí Hay Paraíso. He also starred on Marido en Alquiler in 2013.

He studied communications and graphic design at the Universidad Casa Grande in Guayaquil.

In 2014, he was cast in a stage production of Los Hombres No Mienten.

His mother Mencha Miranda was an educator.

Both he and Catherine Siachoque were cast on Sin Senos Sí Hay Paraíso.

Roberto Manrique Is A Member Of