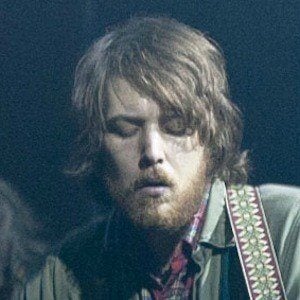 Singer and guitarist most famous for being the frontman and primary songwriter for the indie-folk band Fleet Foxes. He and the band have earned widespread acclaim for releases like the platinum-selling Fleet Foxes (2008) and the Grammy-nominated Helplessness Blues (2011).

He wrote his first song, "Sarah Jane," at age 14. He played bass in the band Dolour before forming Fleet Foxes in 2006.

He wrote music for the play Wyoming as well as the film Birth Story: Ina May Gaskin and the Farm Midwives (2012).

His brother Sean has directed several of Fleet Foxes' music videos. He has a sister named Aja, who has served as the band's manager.

He was previously bandmates with Father John Misty in Fleet Foxes.

Robin Pecknold Is A Member Of