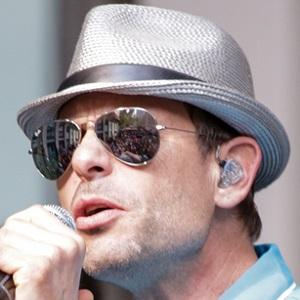 Rock singer who found fame in the 90's as a member of the pop-rock band Gin Blossoms. With the band, he recorded highly successful releases like their four-times platinum debut, 1992's "New Miserable Experience."

He was born in Detroit and joined Gin Blossoms as the band's guitarist in 1988 before replacing Jesse Valenzuela on vocals.

He founded his own Tempe, Arizona recording studio called Uranus Recording in 1994.

He married a woman who has worked as a stage manager on "Saturday Night Live." They have a son together.

He and Gin Blossoms covered Elton John's "Rocket Man" for their 2009 live album "Live in Concert."

Robin Wilson Is A Member Of