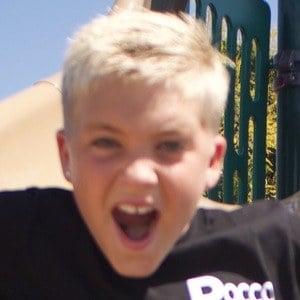 Sponsored scooter rider who has found success on YouTube with his RoccoPiazzaVlogs channel. In September 2017 he released the single "Never Called Me Bro."

He was four years old when he first started scooter riding.

His mother Holly ran his social media while he was young. He has a sister named Emma.

He is a scooter rider popular online like Elajwon Esperance.

Rocco Piazza Is A Member Of