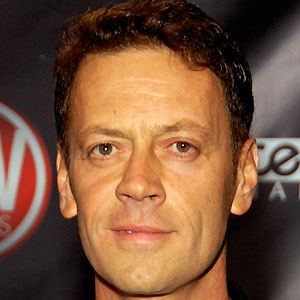 Italian adult film actor, producer and director who earned a cult following for his often intense scenes. He was selected to pose for the centerfold in the December 1990 edition of Playgirl.

Taking his stage name from a French gangster film, he also earned the nickname Italian Stallion for his on-screen feats of athleticism.

After appearing in nearly 400 films, he left the acting world, but he could not stay away long. Five years later, in 2009, he returned.

He married Rosa Caracciolo, who not only supported his career, but co-starred with him in a film. He has two sons named Leonardo and Lorenzo Tano.

He was as popular around Italy as Ron Jeremy was in the U.S.

Rocco Siffredi Is A Member Of