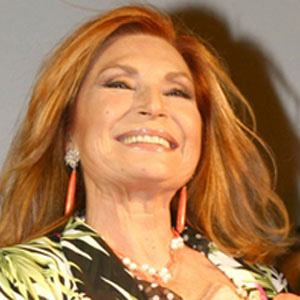 Acclaimed singer and recording artist who was named Best Female Voice of the Twentieth Century for The Voice of the Millennium Prize.

After her father died when she was fifteen, she picked fruits and worked as a shoemaker to support her family.

She was known as the "Girl of the Awards" because she won every single radio contest she entered.

She married a boxer named Pedro Carrasco in 1976 and they had a daughter. After divorcing Carrasco, she married Jose Ortega Cano, a bullfighter, and they adopted two children.

She co-starred with Adolfo Celi in the 1971 film Una chica casi decente.

Rocío Jurado Is A Member Of