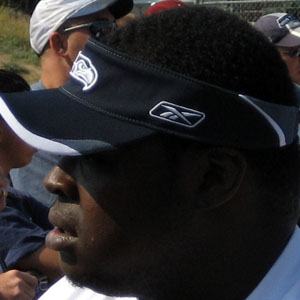 Defensive lineman who made his NFL debut in 2002 for the Seattle Seahawks.

He attended Texas A&M before being selected in the 5th round of the 2002 NFL draft.

He won Super Bowl XLVI as a member of the New York Giants.

He was born in Baytown, Texas.

With the Giants he was part of a Super Bowl winning defensive line that included Jason Pierre-Paul.

Rocky Bernard Is A Member Of