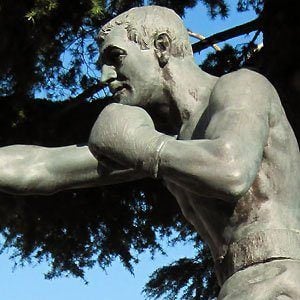 Heavyweight boxing champion who compiled a career record of 49-0-0. He was known as the Brockton Blockbuster and successfully defended his title in six matches.

He suffered from pneumonia when he was just 18 months old and nearly died from it. His first professional fight came in 1947.

His name and boxing style inspired the film series Rocky, which starred Sylvester Stallone as Rocky Balboa. He worked in television after retiring in 1955.

Met his wife-to-be Barbara in 1947 while he was a ditch digger for a gas company. They married in 1950 and had two children.

Rocky Marciano Is A Member Of