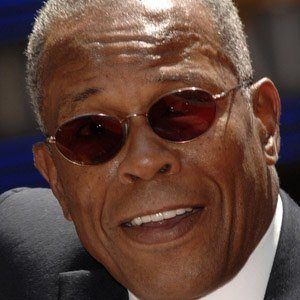 Hall of Fame infielder for the Minnesota Twins and California Angels who hit an amazing .328 over his career. He was an 18-time All-Star, 7-time American League batting champion and the 1977 AL MVP.

He was born on a train and named after the doctor who delivered him.

He married his second wife Rhoda Carew in 2001. He has two daughters, Michelle and Cheyenne, and a son, Devon.

Rod Carew Is A Member Of