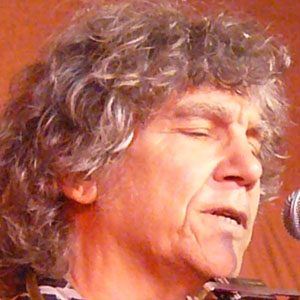 American singer and songwriter who released the popular single American Jerusalem and became known as part of the 1980s folk revival in Greenwich Village clubs.

He started his music career as a trombonist when he was 11 years old and later attended the University of Virginia while also touring with the folk group The Lovin' Sound.

He has appeared on stage with many artists including Pete Seeger, Odetta, and Tom Paxton.

He has two daughters with his wife Nicole.

He has appeared on stage with singer Ani DiFranco.

Rod Macdonald Is A Member Of