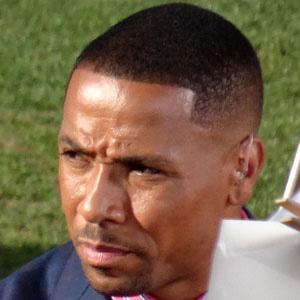 Super Bowl-winning safety with the New England Patriots from 2003 to 2008.

He was a three-sport athlete in high school.

Because of his hard-hitting style, he was voted dirtiest player in a 2004 and 2006 Sports Illustrated players poll and a 2008 ESPN coaches poll.

He was suspended for several games in 2002 for a helmet-to-helmet tackle of Jerry Rice.

Rodney Harrison Is A Member Of