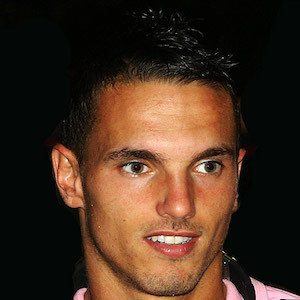 Midfielder who is famous for his Dutch club career. He has gained popularity for his play with Ajax, Almere City, and RKC Waalwijk, as well as in the Dutch national youth soccer system.

He first joined Ajax's youth academy in 1999. He played in their youth system until 2011, when he made his professional debut with the organization's senior club.

In 2015, he played for Scottish side Dundee United. He has also earned caps for the Netherlands' national U-17 and U-19 clubs.

His brother Wesley Sneijder is also a midfielder who has earned caps for the Dutch senior national team. He has one other brother named Jeffrey, who has played as a winger.

He played for Dutch coach Frank de Boer during his time with RKC Waalwijk between 2012-2014.

Rodney Sneijder Is A Member Of