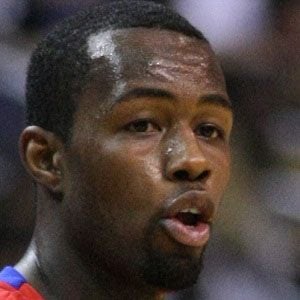 NBA shooting guard who was selected 15th overall by the Detroit Pistons in the 2007 NBA Draft.

A legend of Eastern Washington University, he scored nearly 1,500 points and his jersey was retired by the school.

He became a top bench player for the Pistons, providing instant offense upon taking the court.

He was picked in the same draft as superstar Kevin Durant.

Rodney Stuckey Is A Member Of