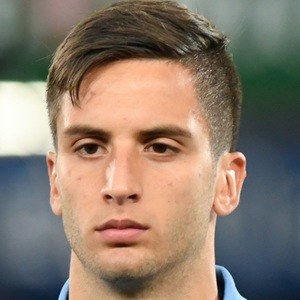 Uruguayan midfielder who is famous for his international club career, including for Italy's Serie A squad Juventus. He helped Juventus win the 2017-2018 Serie A and Coppa Italia titles.

He made his youth soccer debut in 2009 for Boca Juniors' youth academy. He made his professional debut for the club's senior squad in April 2015.

He helped lead Copa Juniors to victory at the 2014-2015 Coppa Argentina. He contributed to the Uruguayan national team's quarterfinal finish at the 2018 World Cup.

His parents' names are Mary and Roberto.

He assisted Edinson Cavani on the game-winning goal for Uruguay in the Round of 16 at the 2018 World Cup against Portugal.

Rodrigo Bentancur Is A Member Of