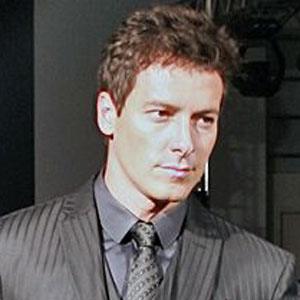 Brazilian soap opera actor and pop singer. He became known for his roles in such television series as Chocolate com Pimenta, O Profeta, America, and O Melhor do Brasil.

Early in his career, he appeared in A Indomada, a popular Brazilian telenovela.

He performed with an all-male pop music group called Dominó.

He and his wife Vera Viel welcomed three daughters between 2005 and 2012.

He and Camila Pitanga both had careers as Brazilian telenovela actors.

Rodrigo Faro Is A Member Of