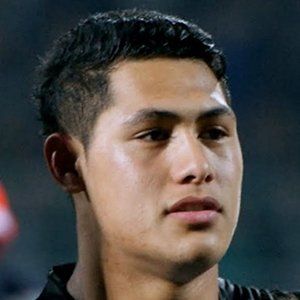 Fullback and winger who made his National Rugby League debut for the Sydney Roosters in 2012 and played for New Zealand's national rugby league team in 2013.

He was recognized as the New Zealand Rugby League's 2012 Junior of the Year.

He was born in Apia, Samoa.

Roger Tuivasa-Sheck Is A Member Of