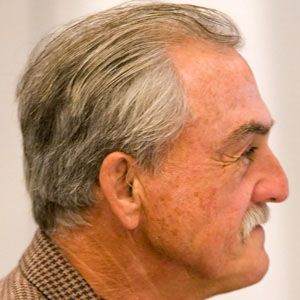 NHL goaltender who was one of the premiere netminders during his entire 17 years in the league. He was inducted into the Hockey Hall of Fame in 2016.

He joined the Montreal Canadiens in time to lead them to the Stanley Cup Finals, thus securing his place on the roster.

He set Los Angeles Kings' goalie records for most wins, most shutouts, and lowest GAA.

He grew up in Palmarolle, Quebec Province, Canada.

He shared goaltending duties with Gump Worsley while with the Montreal Canadiens.

Rogie Vachon Is A Member Of