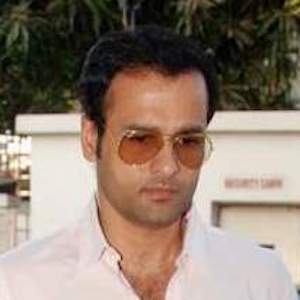 Most well known for his roles in various Hindi television serials like Des Mein Niklla Hoga Chand and Swabhimaan. He has also starred in Bollywood films like Kaabil and Ek Khiladi Ek Haseena.

One of his first acting roles was in the 1994 film Jazbaat. The following year, he made his television debut in Tujh Pe Dil Qurban.

In 2007, he directed the short film Rice Plate for the anthology film Dus Kahaniyaan.

His brother, Ronit Roy, is also an actor. He married actress Manasi Joshi Roy in 1999 and they have one daughter, Kiara Bose Roy.

He joined Hrithik Roshan and Yami Gautam in the cast of the 2017 crime-thriller Kaabil.

Rohit Roy Is A Member Of