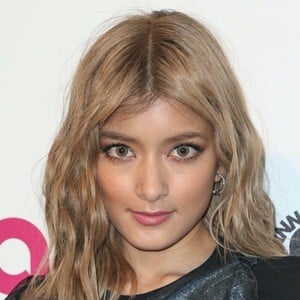 Japanese fashion model and TV personality who became known as an exclusive model for Japanese fashion magazine Vivi. She has been the face of Puma as well as several other products in Japan. She has accumulated over 6 million followers and counting on Instagram.

She was scouted on the streets of Shibuya, Tokyo as a teenager and started modeling at 16.

She released a series of fashion books called The Rola, Rola's Closet and Rola's Kitchen.

She was born in Tokyo, Japan, but is of Bengali, Japanese and Russian descent. She has a twin brother.

Rola Is A Member Of