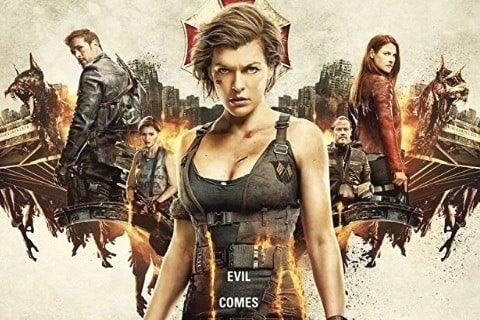 Sixth and final installment in the Resident Evil film series that is loosely based on the video game series of the same name. This time, Alice returns to where it all began: The Hive in Raccoon City. She must take on the Umbrella Corporation's final strike against the surviving members of the apocalypse.

Paul W.S. Anderson wrote and directed the film. It earned $312.2 million at the box office from a $40 million budget. Ever Gabo Anderson, who plays the Red Queen, is the daughter of star Milla Jovovich and writer/director Paul W.S. Anderson.