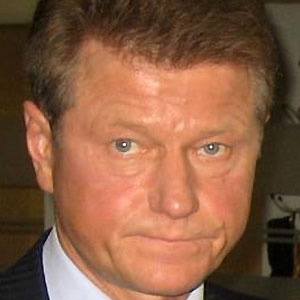 Lithuanian politician who served as President of Lithuania from 2003 to 2004. He was impeached after it was revealed that he granted citizenship to a major campaign contributor of his. He was the first European head of state to be impeached.

He was a national aerobatics champion after the collapse of the Soviet Union and he later founded a construction company, Restako.

He was the prime Minister of Lithuania, the Mayor of Vilnius, and he founded the Liberal Democratic Party in 2002.

He married Laima Paksiene and they have two children.

Rolandas Paksas Is A Member Of