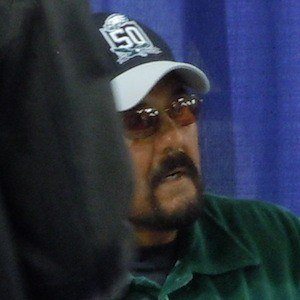 Became the first Asian-American to start at quarterback in the NFL. He is widely considered one of the best quarterbacks of the late 1960s and early 1970s.

He was a two-time ACC Player of the Year while playing at NC State.

He was named the NFL MVP in 1969 while playing for the Los Angeles Rams.

He would be the only Rams player named NFL MVP until 1999, when Kurt Warner was given the honor after a break-out season.

Roman Gabriel Is A Member Of