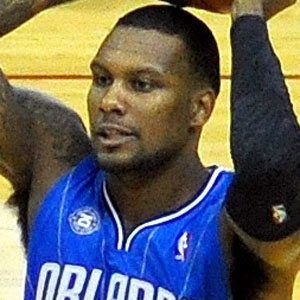 Professional basketball forward who became a standout player at Mississippi State and the University of Oklahoma. He was drafted by the Orlando Magic in 2013 before eventually signing with the French League team Le Mans Sarthe Basket in 2014.

He was born in Frankfurt, Germany and attended North Lauderdale High School in Mississippi.

He was an All-Big 12 First Team selection at the University of Oklahoma.

His parents are Daryl Osby and Tracey Anderson. He has a daughter named Saniya.

He and Allen Crabbe were both taken in the second round of the 2013 NBA Draft.

Romero Osby Is A Member Of