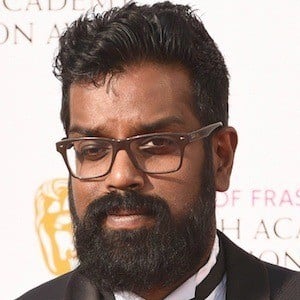 Famous for his frequent appearances on the British comedy television programs Stand Up for the Week, Mock the Week, and Play to the Whistle, he is also notable for his appearances on Funny Valentines and House of Fools. Also a live stand-up comic, he was nominated for a 2013 Edinburgh Comedy Newcomer Award.

Before beginning his comedy career, he taught math and performed a freestyle rap act under the stage name of Ranga.

Apart from his career as a comedy performer, he played a small role in the 2014 German drama film Zeit der Kannibalen.

Born into a Sri Lankan-British family, he spent his early days in Crawley, West Sussex, England. He and his wife, Leesa, became parents to three children, including a son, Charlie, who was born while Ranganathan was performing at the Edinburgh Fringe Festival.

He was featured in the first season of the Kevin McHale-hosted comedy quiz show Virtually Famous.

Romesh Ranganathan Is A Member Of