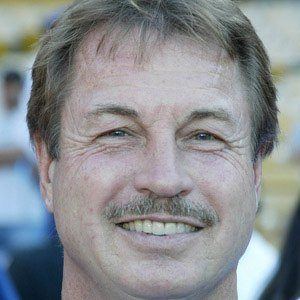 6-time MLB All-Star third baseman who was named MVP of the 1981 World Series for the Los Angeles Dodgers.

He attended Washington State University before entering the major leagues.

He had two kids with his wife Fran.

Tommy Lasorda gave him the nickname of The Penguin, while he played in the Dodgers' minor league system.

Ron Cey Is A Member Of