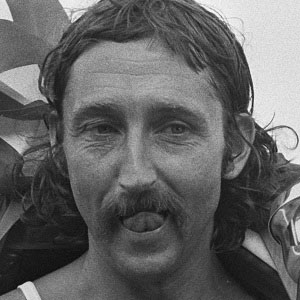 World record setting runner who was the second man to ever break the 2:10 in a marathon. He ran in two Olympic marathons, won the 74th Boston Marathon, and won gold medals at the 1969 European Championships and the 1970 Commonwealth Games.

Before setting world records for 10 miles, 15 miles, and 16 miles, he won the British Amateur Athletic Association championships in 1963.

Never missing a day of running between 1964 and late 2014, his lifetime mileage was approaching 160,000 miles towards the end of the 2014. He started a clothing company called Ron Hill Sports in 1970.

He was born in Accrington, Lancashire, UK. He was born to parents Allan and Eva. His wife's name was May. He had sons named Steven and Graham.

He and Rita Jeptoo have both won the Boston Marathon.

Ron Hill Is A Member Of