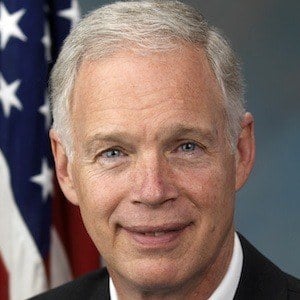 Tea Party politician who became a U.S. Senator from Wisconsin in 2011 after serving as the chief executive officer of a polyester and plastics manufacturer.

He graduated from the University of Minnesota before working as an accountant for Jostens, an American company that provided yearbooks and class rings for high schools and colleges.

He was criticized by victims' rights groups in 2010 when he opposed a Wisconsin bill that would have eliminated the time limit for future child sex abuse victims to bring lawsuits.

He had three children with his wife Jane.

He began serving with Tammy Baldwin in the Senate after she was elected in 2013.

Ron Johnson Is A Member Of