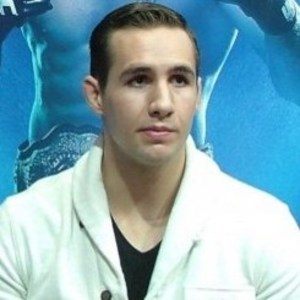 He started fighting professionally when he was 16 years old.

After suffering his first professional loss to welterweight Carlos Condit, he revamped his training and won his next five fights.

His parents always supported his fighting career, even signing release forms so he could fight when he was younger.

He trained with MMA superstar Georges St-Pierre in Canada.

Rory Macdonald Is A Member Of