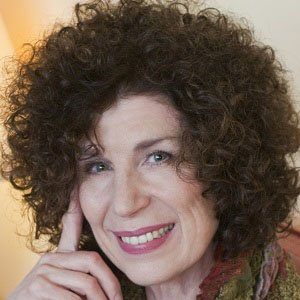 Well known for her roles in English National Opera productions of Othello, Salome, and The Turn of the Screw, this English soprano is also famous for performing with Placido Domingo and Luciano Pavarotti in productions of Il Trovatore, Die Walkure, and Aida at London's Royal Opera House, Covent Garden.

After training at the London Opera Centre and at Manchester's Royal Northern College of Music, she was cast as Agathe in a 1975 Glyndebourne Touring Opera production of Der Freischutz.

Later in her career, she became a mezzo-soprano and debuted at New York's Metropolitan Opera in a 2003 staging of composer Leos Janacek's Jenufa. In 2007, she won a Grammy Award for her performance as Gertrude in a recording of the Engelbert Humperdinck opera Hansel and Gretel.

She spent her early days in Worksop, Nottinghamshire, England, and later settled in Salisbury.

She and fellow English opera singer Janet Baker sang the respective roles of Elizabeth I and Mary, Queen of Scots in an acclaimed recording of Gaetano Donizetti's opera Maria Stuarda.

Rosalind Plowright Is A Member Of