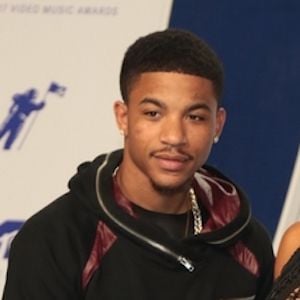 Rapper best known for appearing on VH1's Love and Hip Hop: Hollywood as the boyfriend of Hazel-E.

He made his Love and Hip Hop: Hollywood debut on the season 4 premiere in 2017.

He spent most of his young adult life in and out of jail for a string of offenses, including car theft and drug possession.

His birth name is Denzell Young. He began dating Hazel-E in 2016.

He and Chester Hanks have both been in publicized relationships with Hazel-E.

Rose Burgundy Is A Member Of