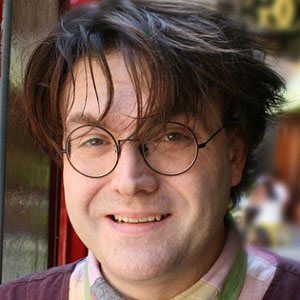 Voice actor and graphic novelist most famous for his role as GIR on the animated Nickelodeon series Invader Zim. He is the co-creator of the comic book series Robotech: Clone.

He was born in Fontana, California and began working as a colorist on the comic I Feel Sick in 1999.

He has painted backgrounds for animated shows like Invader Zim and Jackie Chan Adventures.

He married illustrator Tavisha Wolfgarth-Simons, with whom he has collaborated on several projects, in 1994.

He worked with illustrator Jhonen Vasquez on I Feel Sick.

Rosearik Rikki Simons Is A Member Of