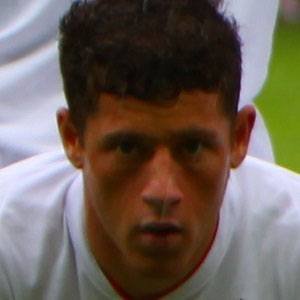 Midfielder who joined Everton in 2010 and became a member of the English national team in 2013.

He entered Everton's youth system at the age of 11.

He was sent on loan to Sheffield Wednesday in 2012 and scored 4 goals in 13 appearances.

He was born to Diane Barkley and Peter Effange in Wavertree, Liverpool.

He joined star forward Wayne Rooney on the English national team in 2013.

Ross Barkley Is A Member Of