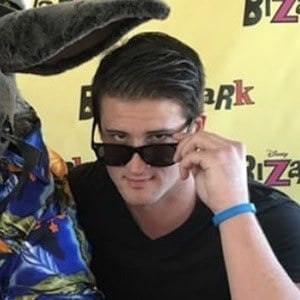 American actor most famous for his roles as Robbie Slagel on Beginnings and Horse Face Guy on Bizaardvark. He can also be seen in films like After Alice and The Perks of Being a Wallflower.

He graduated from Baldwin Wallace University in 2012.

He has performed as part of the Faces For Radio Improv Troupe.

He co-starred with Olivia Rodrigo on the children's series Bizaardvark.

Ross Kobelak Is A Member Of