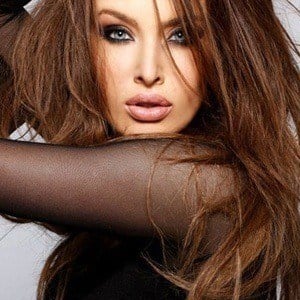 Fashion model and winner of the 2010 Miss Universe Ireland beauty pageant title. Also a reality television personality, she participated in both Come Dine with Me (on Ireland's TV3) and Celebrity Bainisteoir (on the RTE network).

Before becoming Miss Universe Ireland 2010, she participated in the same competition in 2009, that time finishing as the first runner-up.

She placed seventh in the 2010 Miss Universe pageant.

She grew up in the town of Clonmel in Ireland's County Tipperary. She dated Niall Breslin from 2013 to 2016. She later started dating Zach Desmond.

While Purcell was crowned Miss Universe Ireland in 2010, fellow model Zoe Salmon earned the title of Miss Northern Ireland in 1999.

Rozanna Purcell Is A Member Of