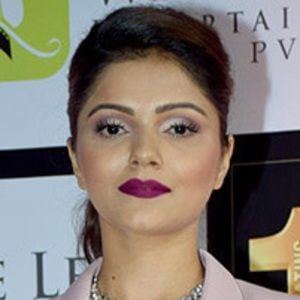 Most well known for her portrayal of Radhika Shastri in the television series Choti Bahu and it's sequel, Choti Bahu 2. She was later cast as the lead in the 2016 show Shakti - Astitva Ke Ehsaas Ki.

She got her start in television playing Smiley on the Sony series Saas Bina Sasural. She was also named Miss Shimla in 2008.

She is joined on the Hindi drama Shakti - Astitva Ke Ehsaas Ki by Vivian Dsena.

Rubina Dilaik Is A Member Of