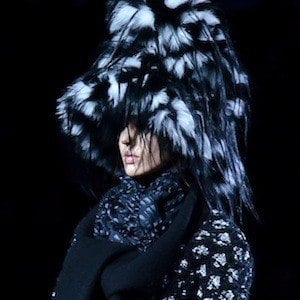 American fashion model and singer who is best known for her work with a variety of high profile clients including Coach, Marc Jacobs, and Valentino.

She was first discovered in 2005 when her sister introduced her to the world of modeling. She signed to NEXT Model Management and became the face of Coach in 2008. She then expanded to participate in a variety of fashion weeks around the world.

She has walked in over 200 fashion shows and has been featured on the cover of Harper's Bazaar and L'Express Styles.

She is the daughter of former playmate Laura Lyons and artist Alan Aldridge. Her sister is fellow model Lily Aldridge. She also has two half-brothers and a half-sister.

In 2008, she appeared in the television series The Young and the Restless alongside Daniel Goddard, Amelia Heinle, and Bryton James.

Ruby Aldridge Is A Member Of