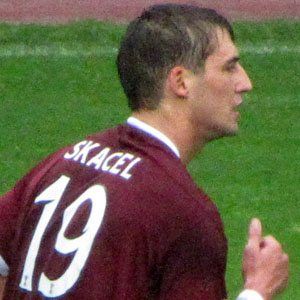 He began his youth career with FK Trutnov in 1985.

He won gold as a member of the Czech Republic Under-21 squad at the European Under-21 Football Championship.

Both of his parents are teachers.

He has been teammates with Jan Koller on the Czech national team that played at the UEFA Euro 2008.

Rudolf Skacel Is A Member Of