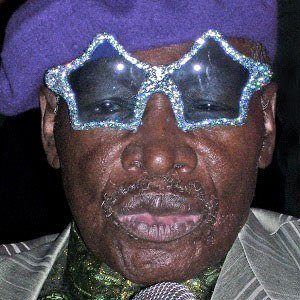 Remembered most for his comedic Dolemite character (featured in the films Dolemite, The Human Tornado, Petey Wheatstraw, and The Return of Dolemite), he is also notable for his comedy and R&B recordings, which include Below the Belt and The Dirty Dozens.

After developing his early-career "Prince DuMarr" comic persona through nightclub performances, he became known to military audiences as the "Harlem Hillbilly," when, serving in the entertainment wing of the United States Army, he performed country hits in a rhythm & blues vocal style.

He appeared with members of the Insane Clown Posse in the 2000 movie Big Money Hustlas.

A native of Fort Smith, Arkansas, he later lived and worked in both Cleveland, Ohio and Milwaukee, Wisconsin. He died of diabetes in his early eighties and was survived by a number of family members, including a daughter named Yvette.

Moore's unique recordings often included explicit lyrics and a melding of speech with music and were an inspiration to Snoop Dogg and other famous rappers.

Rudy Ray Moore Is A Member Of