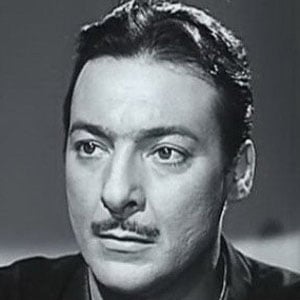 Egyptian actor who rose to prominence in the 1950s and 1960s. In 1956, he appeared in The Ten Commandments, Dalila, and Who Is the Murderer?

His first movie appearance was in the 1948 film, The Little Millionaire.

He acted in nearly 100 films over the course of his career.

He married and divorced five different women over the course of his life.

He hailed from the same country as fellow actor Ahmed Zaki.

Rushdy Abaza Is A Member Of