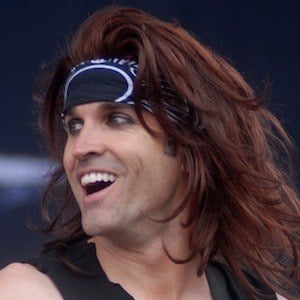 Guitarist known as Satchel who became a member of the glam metal act Steel Panther.

He worked as an instructor at the Guitar Institute of Technology at The Musicians Institute in Hollywood.

He has been endorsed by Kramer Guitars, which he used exclusively. In 2016, he began using a Charvel guitar.

He was born and raised in Redwood City, California.

He has collaborated with rocker Sebastian Bach.

Russ Parrish Is A Member Of