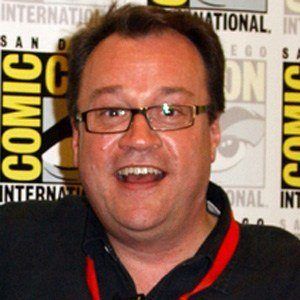 His works include scripts for Bob & Rose, Queer as Folk, Casanova, and the 2005 revival of Doctor Who.

Wanting to work as a comic artist, he studied English literature in college, which led to his discovery of screenwriting.

He won a Children's Ward Award for Best Children's Drama in 1998 and won a Dennis Potter Award in 2006.

He once dated Andrew Smith.

Russell T. Davies Is A Member Of