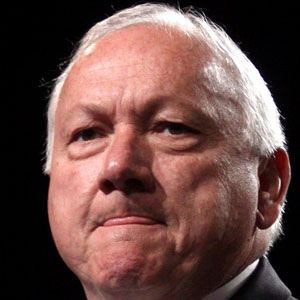 Republican member of the Arizona Senate who gained national attention for his 2010 bill that targeted illegal aliens. In 2011 he became the first legislator in Arizona history to be recalled and removed from office.

He lost his comeback bid in the Republican primary for the nomination for a state senate seat in 2012.

He is divorced from his wife LuAnne Pearce; the couple had five children while married: Dodi, Sean, Colten, Justina and Joshua.

He was recalled after Jan Brewer approved a special election in July 2011.

Russell Pearce Is A Member Of