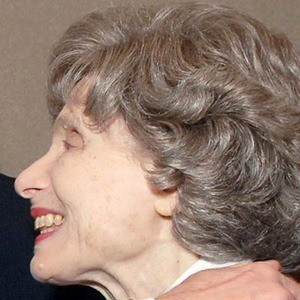 Pathologist whose research consisted of testing the safety of the polio vaccine. She received superior service awards from both the Department of Health, Education and Welfare and the United States Public Health Service.

She received her medical degree from Tulane University in 1951.

She was a member of the American Academy of Arts & Sciences and the acting director of the National Institutes of Health in 1993 and from 2000 to 2002.

She was married to pathologist Dr. Alan S. Rabson for 59 years.

She was influenced by Madame Curie.

Ruth L. Kirschstein Is A Member Of